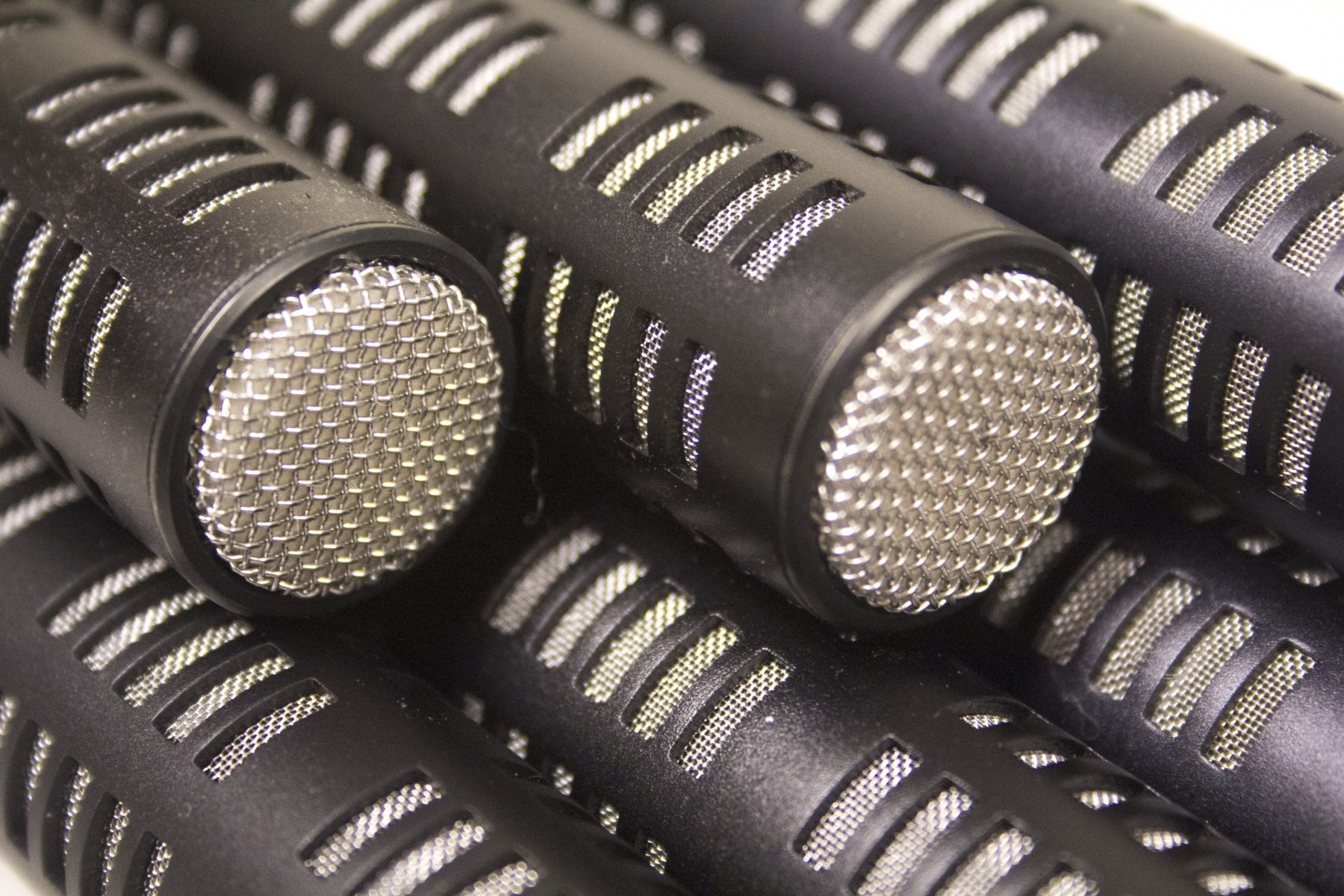 Parabolic reflector and shotgun microphones are two types of microphone systems frequently used to make wildlife recordings. Both of these are directional, meaning that they help to create a focused recording of a target species while reducing the impact of unwanted background sounds. Because of their properties, parabolic reflectors tend to result in cleaner recordings with less background noise than shotgun microphones under the same circumstances.

A Dusky Flycatcher recorded with a parabolic reflector

A Dusky Flycatcher recorded with a shotgun microphone A parabolic reflector system (or “parabola”) consists of a small microphone placed inside of a plastic, aluminum, or fiberglass dish with a parabolic curve. The major benefit of a parabolic reflector system is that it amplifies a target sound, something that a directional microphone does not do. A parabola is extremely effective for making high-quality recordings suitable for audio guides and for recording challenging subjects like high-canopy species or birds with very soft vocalizations.

A parabola’s extreme directionality (in technical terms, a very narrow-angle polar response) is achieved by using a reflector with a geometrically calculated parabolic curve to concentrate incoming parallel (on-axis) sound waves to the reflector’s focal point. Sound pressure waves that pass perpendicularly through the plane of the reflector’s rim are reflected back to the microphone’s capsule, which is positioned at the parabola’s focal point. Sound pressure waves that enter the plane of the dish at an angle (off-axis) are not concentrated at the focal point and therefore are not amplified. For this reason, it is extremely important that a parabola is aimed precisely at the target sound source. 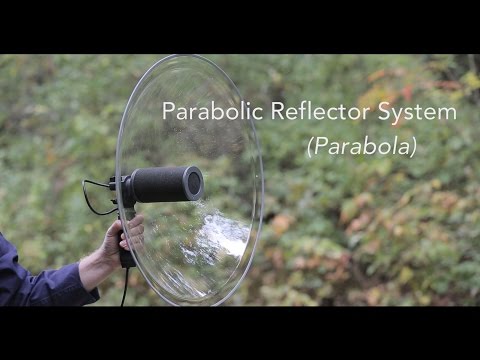 How To Record Audio – Parabola

The Swedish manufacturer Telinga offers a clear, lightweight, parabolic reflector, available with or without a microphone. The polycarbonate reflector is 57 cm (22 inches) in diameter, and available in two thicknesses: 1 mm or 2 mm. The 1-mm dish is rollable, making it relatively easy to transport on planes, trains, and buses. The 2-mm dish is not rollable, but the harder, thicker dish provides greater durability and reflectivity. Several microphone options are available for Telinga parabolas, including a built-in stereo microphone system, and the Telinga Universal system, which accepts an omnidirectional microphone of your choice. Telinga parabolas are widely used for scientific and commercial applications.

Wildtronics is an American manufacturer offering a lightweight, rollable parabolic reflector available either in clear or opaque polycarbonate and with or without a microphone. The reflector is available in a 57 cm (22 inch) diameter. The clear version is available in two thicknesses—a rollable 0.76 mm dish and a non-rollable 1.52 mm thickness. Several microphone options are available, including a stereo option, and an All-Purpose Parabolic that allows you to use almost any existing microphone. Their Pro Mono model is one of the most affordable and best value options currently on the market.

Omnidirectional microphones for use in a parabolic reflector 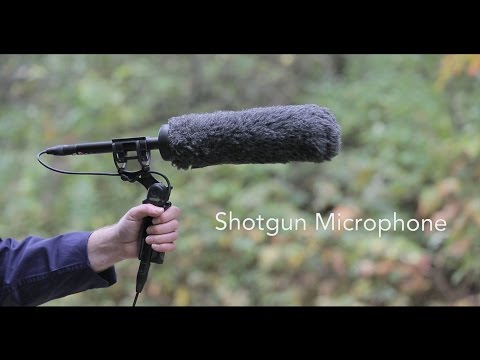 How To Record Audio – Shotgun Microphone