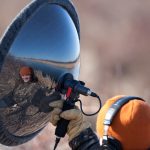 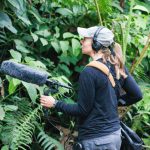 Kathi Borgmann Communications Coordinator
Kathi is the Communications Coordinator for the Macaulay Library and loves writing and talking about all things bird. Kathi has traveled throughout the Americas tracking down birds, making eBird checklists, and contributing sounds to the Macaulay Library. Kathi earned her Master’s Degree from The Ohio State University and her Ph.D. in ornithology from the University of Arizona. In her free time, when she is not birding, Kathi enjoys traveling, cooking, and sewing. 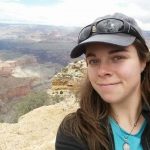 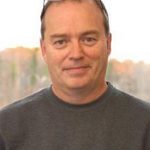 Rick Elliker Lead Media Engineer
Rick is responsible for the quality, safety, and availability of the entire Macaulay Library archive. He provides engineering support for all Macaulay Library field, archival, and storage hardware systems and software. 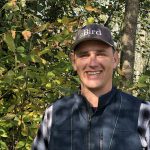 Cullen Hanks Project Manager
Cullen grew up in Texas with a love for natural history and adventure. As a teenager he connected with the birding community, which provided the framework that has defined his career. Cullen earned a BA in biology from Cornell University and a Master’s in Latin American Studies from the University of Texas at Austin where he researched the economics of the parrot trade and conservation. At the Macaulay Library, Cullen manages several projects involving data collection and media curation. He also works on projects that tap into the contribution of different naturalist communities.

Tim Levatich Database Administrator
Tim builds and operates large databases at the Lab. Together with programmers and staff, he brings biodiversity information to scientists and the public. He supports systems for the Macaulay Library, the Information Science team, and the Membership & Development group. 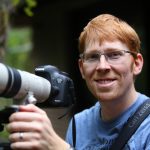 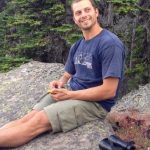 Eliot Miller Collections Development Manager
Eliot is the Collections Development Manager for the Macaulay Library. He is responsible for growing the archive, increasing rates of data collection, and improving data quality. He interfaces with many lab programs including Information Science and outside partners. Eliot has been a naturalist since a young age and enjoys watching, identifying, and counting everything from birds to mushrooms and amphibians—anything that means he gets to be outside. 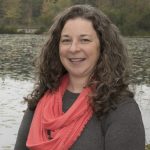 Matt Schloss Web Designer
Matt is a web designer and developer working with the Macaulay Library team. He relishes the opportunity to create interactive websites that feature beautiful images of birds, videos of amazing behavior, and audio recordings of the great diversity of bird songs. 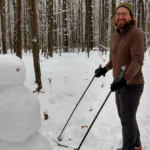 Jeremy Smith Applications Programmer
One of the greatest things about the Lab is the broad community of people who want to share their images and recordings to help us create a world-class scientific archive. I work on the databases and back-end systems that archive these data and make it accessible to the community. 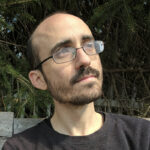 Matt is a lifelong birder, naturalist, writer, designer, and tinkerer with code, who daydreamed as a kid of working at the Cornell Lab. In his position with the Macaulay Library, he is thrilled to be working with a team of passionate, like-minded people to work with the Library’s spectacular archive and build applications that are both powerful and beautiful. 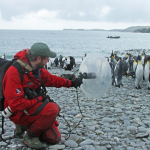 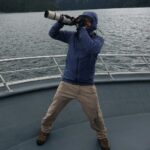 Grant Van Horn PhD Research Engineer
Grant uses data in the Macaulay Library to prototype machine learning applications that can be utilized and deployed throughout the Cornell Lab of Ornithology. His research focuses on the detection and identification of wildlife in images, audio, and video. His passion lies at the intersection of human-machine collaboration, where the collective strengths of humans and machines can be used to answer questions from data. 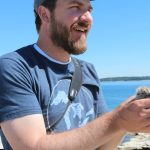 Drew Weber Merlin Project Coordinator
Drew works on Merlin Bird ID, charting out new features to help users learn more about birds, and collaborating with partners to expand the app to the rest of the world. Drew also manages web projects for the eBird and Macaulay Library teams. Drew has been birding since he was a kid and loves anything with birding and technology, so he feels fortunate to combine these two things every day.

Mike Webster, PhD Macaulay Library Director and Robert G. Engel Professor of Ornithology
As Director, Mike oversees the various archival, collections development, and research/outreach activities of the Macaulay Library. He is also a Professor in the Department of Neurobiology and Behavior, with research focusing on the behavior and evolution of birds (particularly Australian fairy-wrens and New World warblers). Learn more about his research. 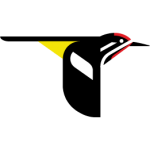 Karen Workman  Financial Analyst
Karen oversees the financial management of the Macaulay Library and other units including the budgetary process, grant and contract administration, financial reporting, and assisting in the preparation of award proposals. 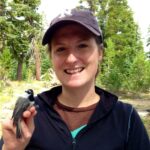 Carrie Branch Rose Postdoctoral Fellow
Carrie is a behavioral ecologist interested in the evolution of signaling and cognition. At Cornell, Carrie is investigating whether females use secondary sexual signals to identify and mate with males that have superior spatial cognition, a trait required for overwinter survival in food-caching birds. She addresses these questions in free-living mountain chickadees that inhabit differentially harsh winter climates in the Sierra Nevada. 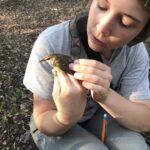 Alicia Brunner PhD Candidate
Alicia researches the impact of environmental change on the behavior of Neotropical migratory birds. While completing her M.Sc. at Ohio State, she studied how wintering Swainson’s Warblers respond to changes in seasonal precipitation by adjusting their space use. At Cornell, she will be investigating how climate change is influencing the timing of breeding, molt, migration, and potential life-history tradeoffs using the long-term study system of Black-throated blue warblers at Hubbard Brook Forest, NH 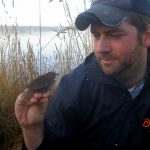 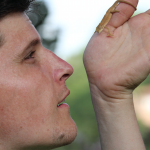 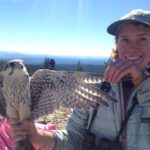 Madelyn Ore PhD Candidate
Madelyn is interested in investigating how neotropical migrant birds are adapting to changing climate and the lengthening of the green period during the breeding season. She is using a combination of genomic tools and ecological experiments to address this question in the Black-throated Blue Warbler. 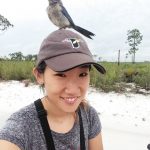 Young Ha Suh PhD Candidate
I am a Ph.D. student co-advised by John W. Fitzpatrick and Mike Webster. I am interested in why behavioral variation exists among individuals and how environmental change plays a role in its maintenance. My current research focuses on the variation of dispersal behavior in the Florida Scrub-Jay, a species that inhabits a dynamic habitat altered by frequent fires. Using field observations and modeling approaches, I am looking at the causes and consequences of dispersal decisions in relation to the social and physical environment. 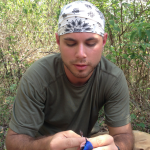 Derrick Thrasher PhD Candidate
Derrick earned his bachelor’s degree in Wildlife Ecology and Conservation from the University of Florida. His undergraduate research in Katie Sieving’s lab focused on territorial interactions and habitat use of the eastern Painted Bunting in Florida. Derrick is now pursuing a Ph.D. in the Webster lab. His interests relate broadly to sociality and the evolution of social signals in birds. Currently, Derrick is investigating the role of social selection on the evolution of female plumage ornaments and reproductive strategies in the Variegated Fairy-wren. 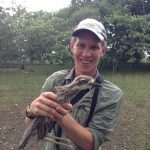 Joseph Welklin PhD Candidate
Joseph is a behavioral ecologist interested in the causes and consequences of individual variation within animal species, especially in fairy-wrens.