In the 21st century, surprising as it might seem, there are still places on earth that we know little about. Take the Solomon Islands, a group of six major islands with more than 900 smaller islands in the middle of the South Pacific Ocean, east of Papua New Guinea. Scientists say that there is still a lot to learn about the bird life in the region.

On Isabel Island, the fourth largest island in the archipelago, the first known scientific expedition occurred in 1838 with only a handful of expeditions since then. But the highlands of Isabel Island had only been explored twice. That left Dr. Robert Moyle, professor and curator of the Biodiversity Institute at the University of Kansas, his colleague Dr. Michael Andersen at the University of New Mexico, and David Boseto of Ecological Solutions Solomon Islands wondering if there were more species to be discovered.

To find out what bird, mammal, reptile, and amphibian species lurked in the dense highland forests on Isabel Island, a team of researchers from the University of Kansas, the University of New Mexico, and Ecological Solutions Solomon Islands undertook a three-week expedition in 2018, funded by the National Science Foundation. 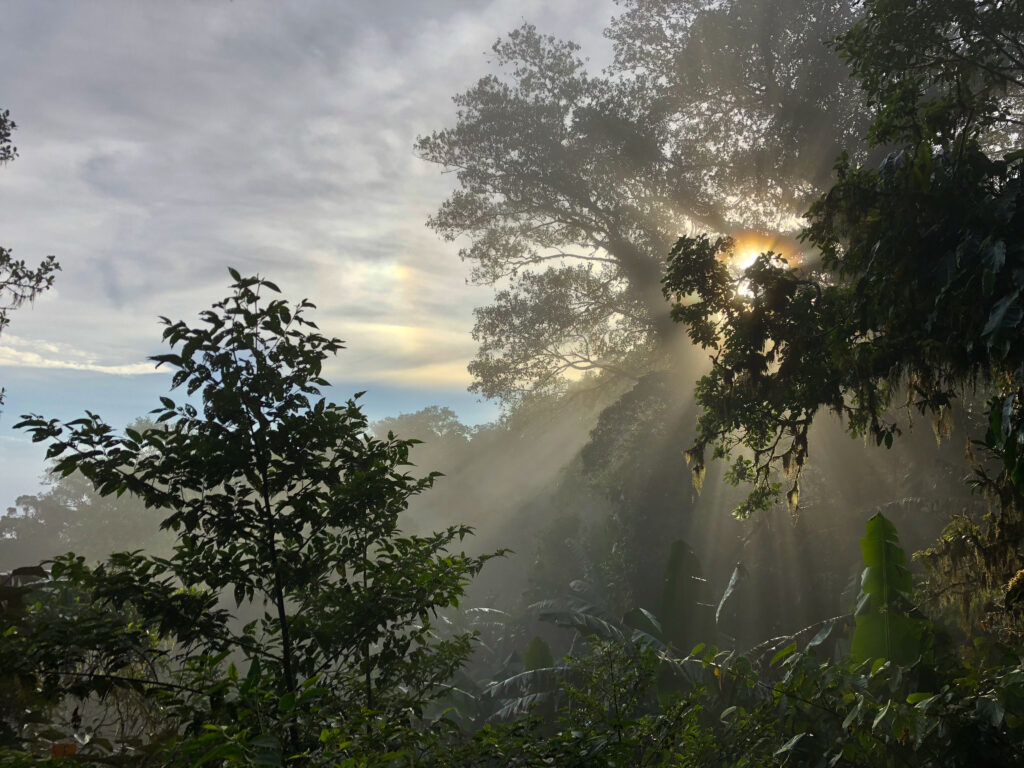 Lucas DeCicco, Ph.D. student at the University of Kansas, who took part in the expedition, said “our goal was to inventory the species on Isabel Island and to better understand the geographic distribution and evolutionary relationships among species.” The team also sought to assist the local community in protecting their land. In the Solomon Islands, land tenure is a complicated process. Communities are required to provide an inventory of species and present a case to the court to lobby for the protection of the land from development. 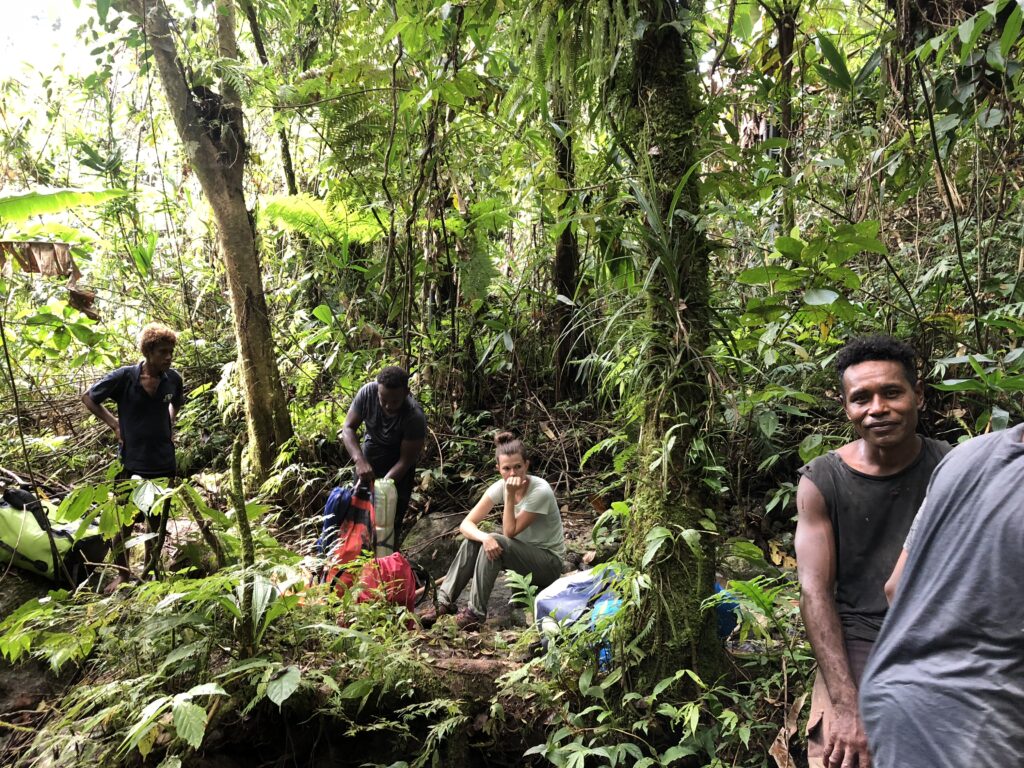 After a long and arduous permitting process, the team set out loaded with gear to the remote forested region of the Kubonitu-Sasari massif on Isabel Island. The team explored their way up the mountain carefully documenting everything they saw. Part of that documentation process, DeCicco says, is to record the sounds of the birds they encountered and archive them in the Macaulay Library.

The team recorded 64 bird species on Isabel Island and brought back recordings for 34 species. The most notable discovery was their observations of the Island Leaf Warbler, which hasn’t been seen since it was first discovered on Isabel in 1927. 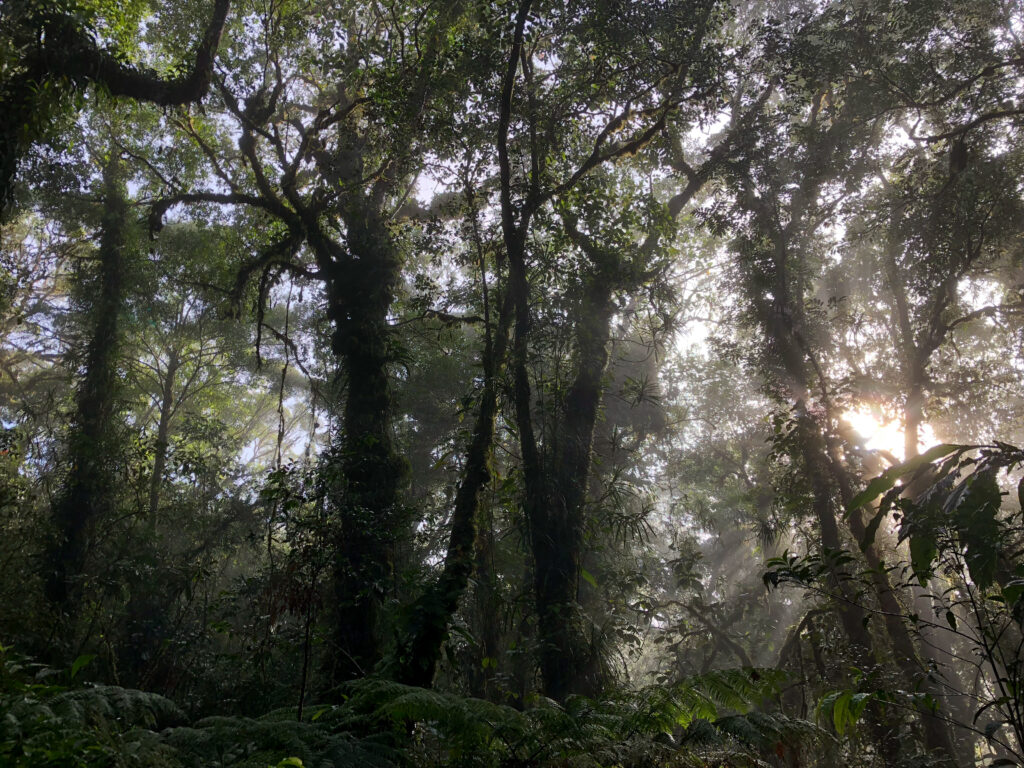 DeCicco was high up in the mossy forest in a little protected valley on Kubonito-Sasari when the sun started coming through the fog and the clouds were blowing through. DeCicco spent the morning tracking down a singing Island Leaf Warbler until he could get visual confirmation and get as close as possible for a recording. DeCicco made nine different recordings of 4 individuals, the very first recordings available for this population. “It was quite spectacular—the forest was very primeval-looking with tree ferns and everything was covered in moss,” said DeCicco in a voice announcement on one of the Island Leaf Warbler recordings.

Another memorable moment during the expedition, albeit of a rather boring song, says DeCicco, came from the Solomons Frogmouth. DeCicco woke up at 2 or 3 in the morning and heard the single high note of a Solomons Frogmouth from inside his tent. Bleary eyed, DeCicco pulled out his recording equipment and recorded the frogmouth without even leaving his tent. In the morning, DeCicco said “I couldn’t remember if I’d actually recorded the bird or not, but the recording turned out okay.”

DeCicco also recorded the call of an Imitator Sparrowhawk, the first publicly available recording of this rare and elusive accipiter of the highlands.

After three weeks of exhilarating but exhausting field work the team came back with recordings of 34 species, adding important information about the habitat, behavior, and vocal sounds of these species. DeCicco says he finds it personally satisfying when he comes back with quality audio recordings and he hopes that other people will make use of the records. DeCicco says, “it’s important for us to archive recordings so the material can be accessed by others.”

Take a listen to DeCicco’s recordings from Isabel Island. Be sure to listen to his voice announcements too and you’ll feel like your right there with him on Isabel Island.

Learn more about the expedition from the paper published in the Bulletin of the British Ornithologists’ Club.